Today, YG Entertainment dropped a video teaser introducing their new girl group. The girl group consists of 7 members and will debut some time in 2023. However, YG has stated they have been planning to launch their newest girl group since 2019.

After their faces were revealed fans rushed to uncover the identity of the members. Out of the 7 members 4 have been identified. In order from oldest to youngest. 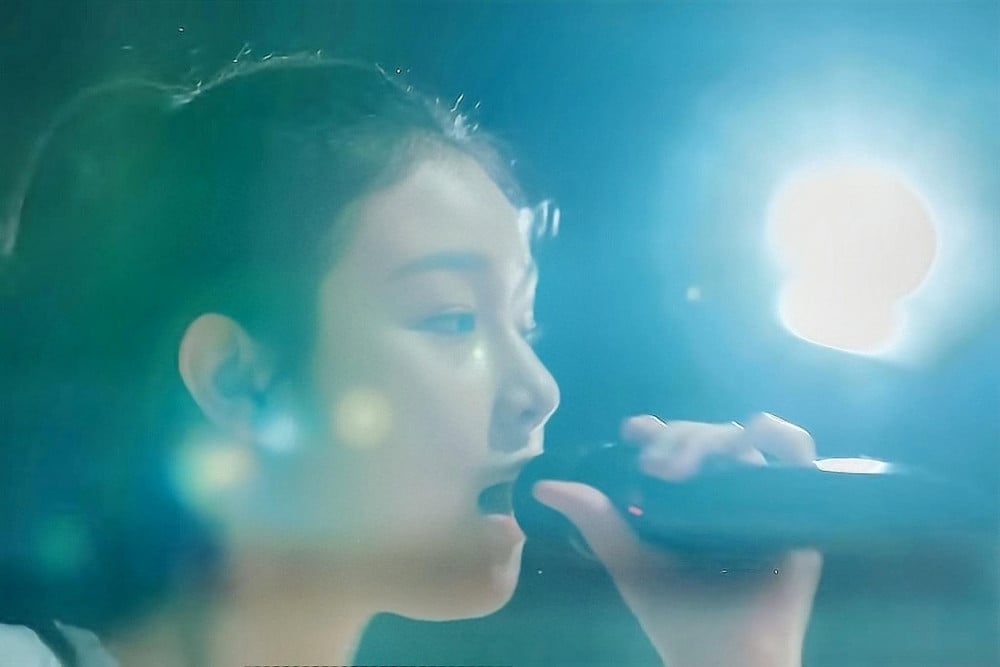 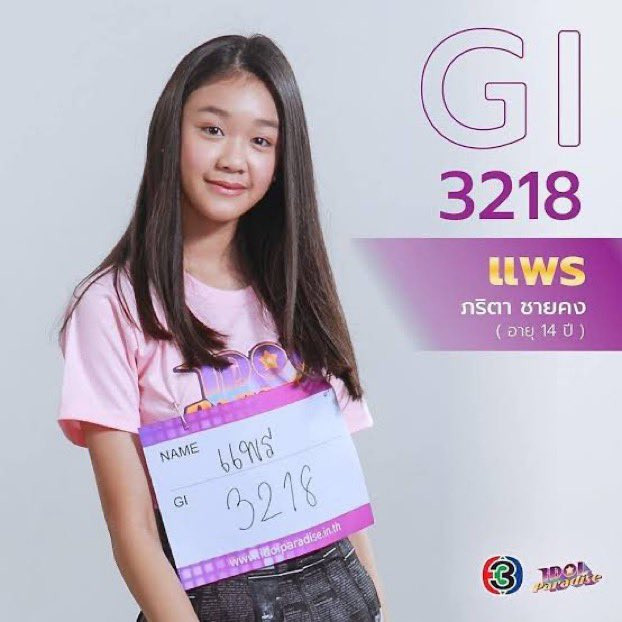 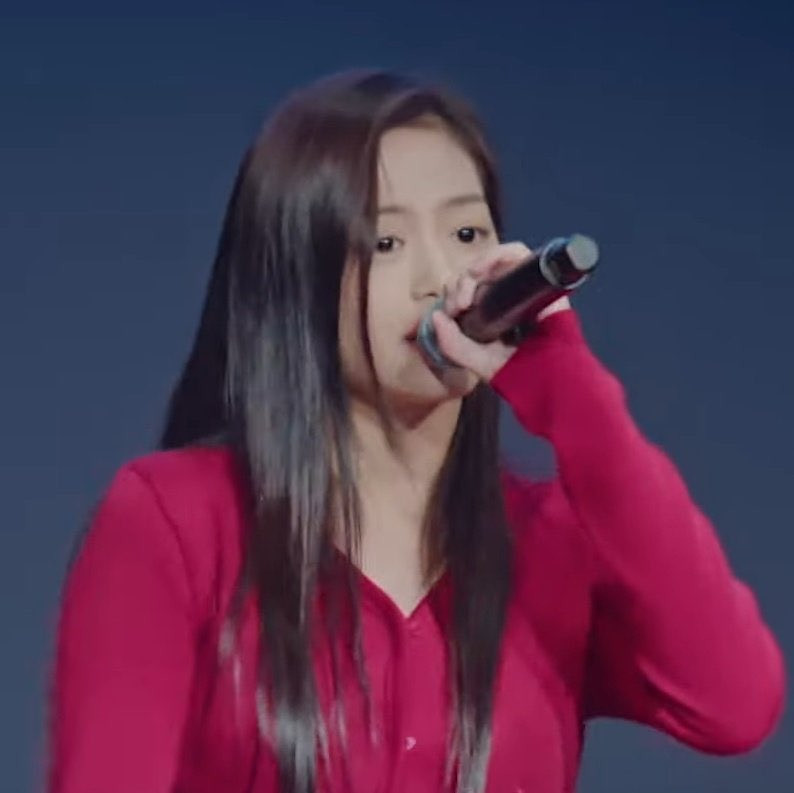 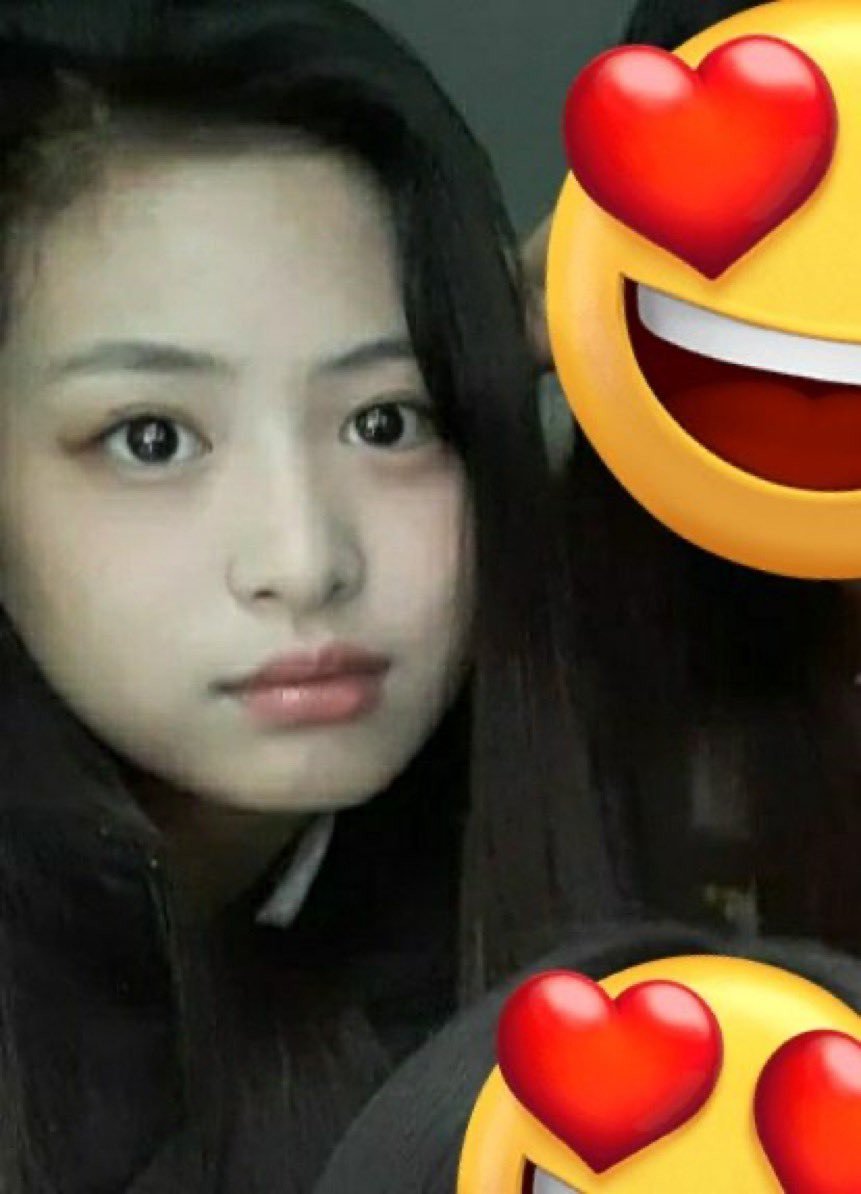 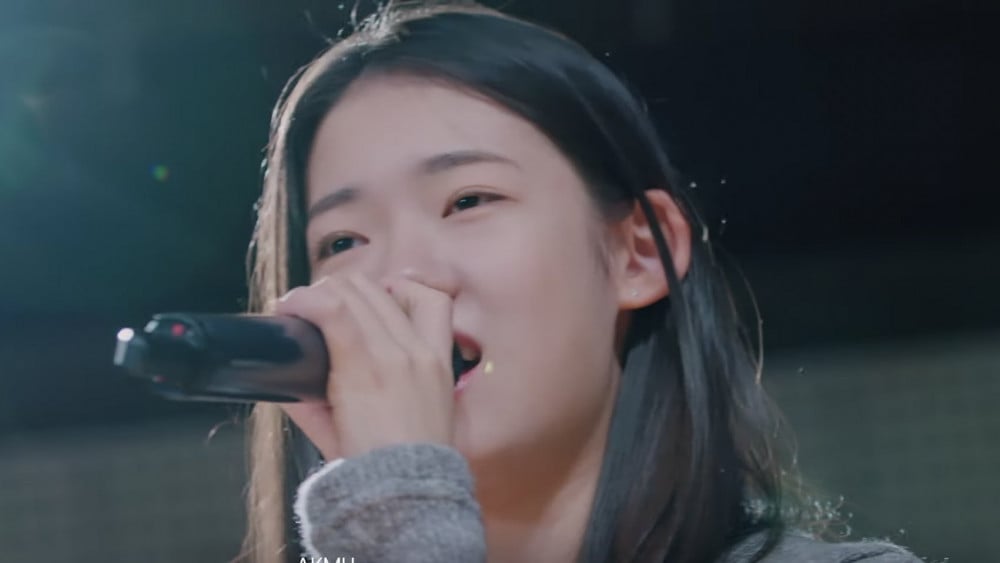 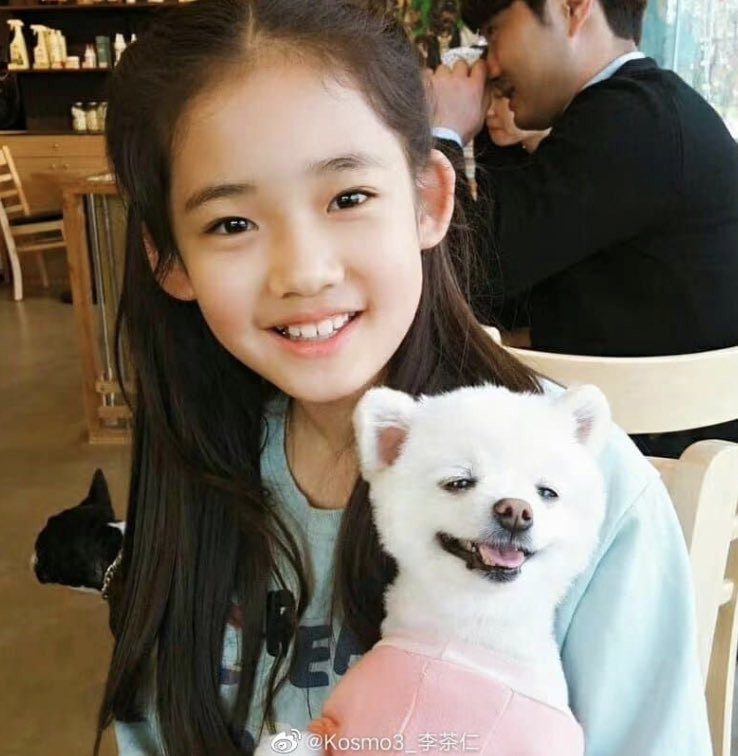 Canny Phondechaphiphat aka Chikita is Thai and was born in 2009, 13 years old 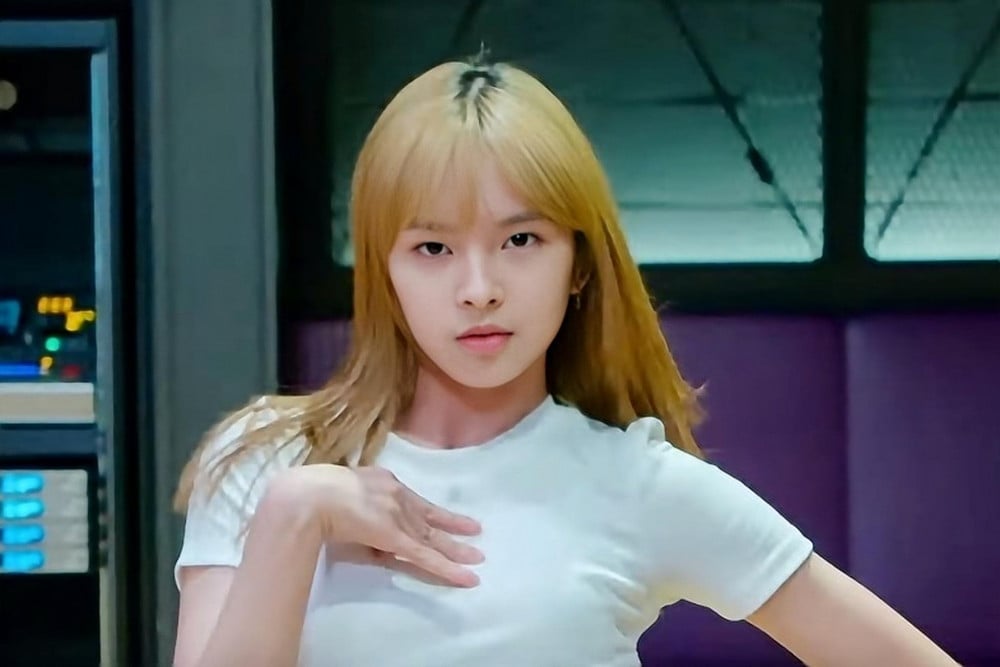 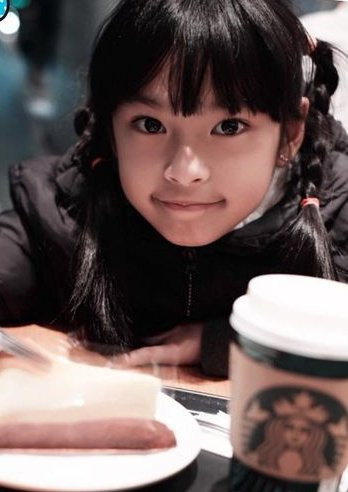 With more than half of the group already being minors with more girls still being unidentified many people are concerned. One of the concerns is the way they may have been treated and worked during their evaluation years as a trainee considering they’ve been training for 4-6 years despite only being 13-17 years of age…

‘An image wasshared from the YG training room back in Oct of 2022. On thewhiteboard, there was the initial “BM” standing for Baby Monster and also seven drawings with initials on them. Its now revealed that the initials are of all the members names and 7 drawings are the number of members.’ 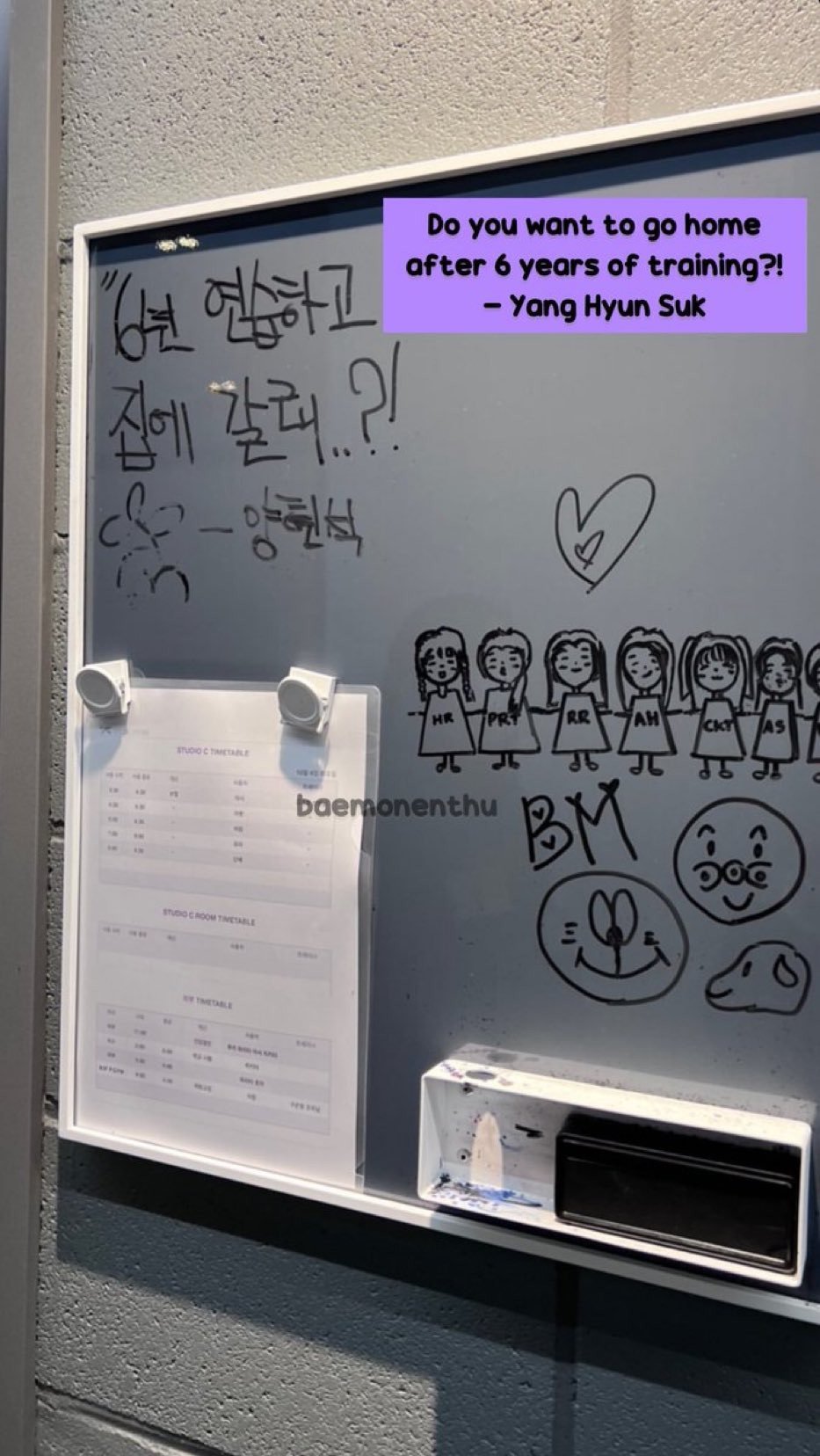 ‘The second thing people noticed was the message from Yang HyunSuk, chairman of YG Entertainment. In the quite blunt message, he wrote, “Do you want to go home after six years of training?”’

Companies debuting idols in their early teenage years is not a new phenomenon in the K-pop industry. It’s been going on since the 1st generation of K-pop. BoA debuted when she was 13 years old and SHINee‘s Taemin debuted at age 14 and many more have debuted as young as 10.

Many are worried because the training system in K-pop is known to be long and harsh. Plus, the issue of the sexualization of young idols. It is not just about revealing clothing, but inappropriate lyrics, dances and being around unsafe people in the industry.

“The launch of a new group also needs momentum. There is also an internal opinion that former producer Yang is the right person to lead it. The new girl group known by the group name ‘Baby Monster’ was originally scheduled to debut this year (2022), but it is known that it was postponed to next year. In the golden era of girl groups, each agency recently succeeded in launching 4th generation girl groups one after another, but YG has not released a girl group since Blackpink in 2016.”

It appears YGE and Staff have been waiting for the return of Yang HyunSuk to lead the upcoming girl group to debut. Showing that they seem to trust him to guide the process. 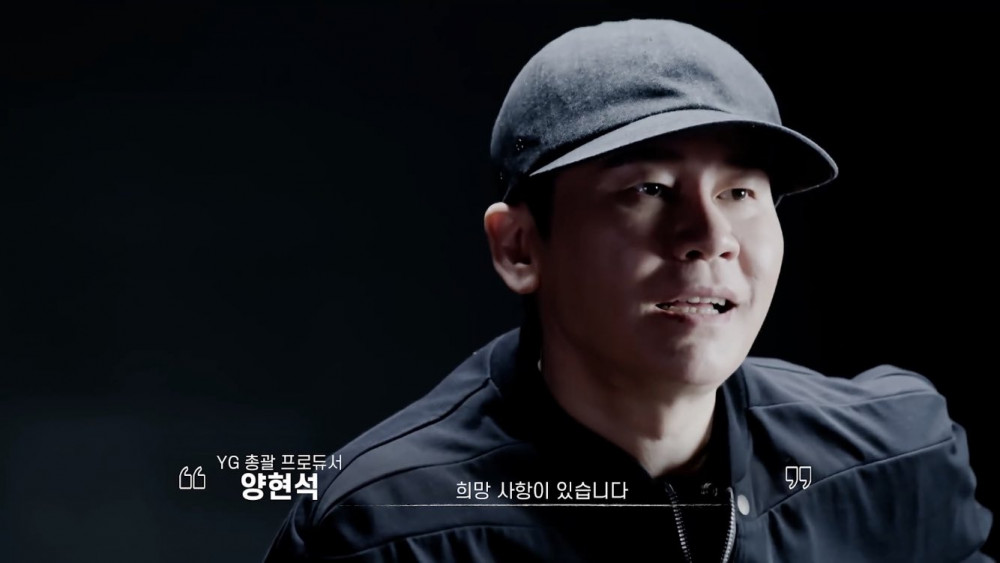 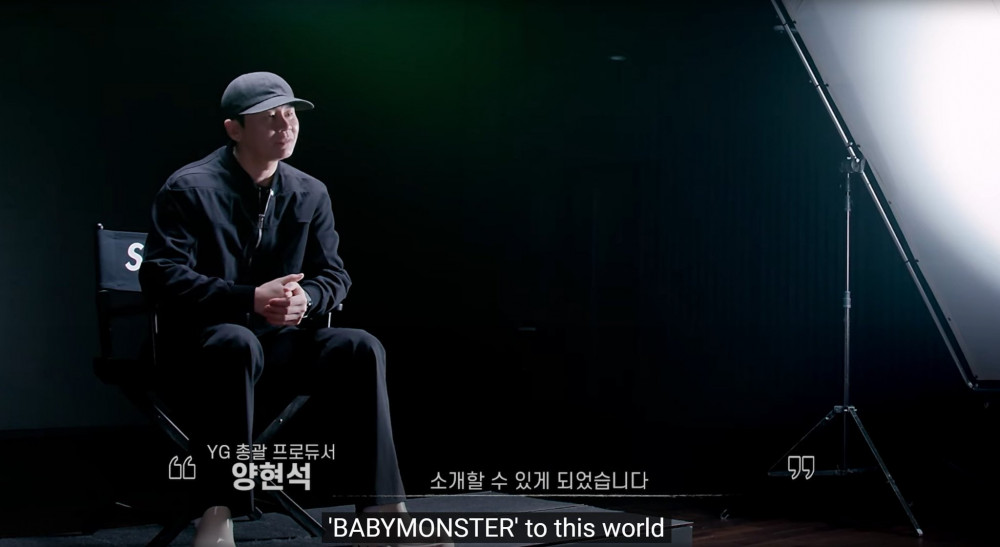 And in the video introduction of Baby Monster Yang HyunSuk made his official reappearance as the Executive Producer of YG since he stepped down as the CEO and dealt with his legal affairs. which raised a few concerns  considering the man that is behind the production of Baby Monster is a major red flag to say the least. He’s known to degrade and belittle his artist (calling 2NE1 ugly and telling them to get surgery), he’s involved in gambling, drug administration, mistreatment towards his idols, favoritism towards trainees with money, threatening idols that were under his label, but the two most worrying bullet points on his list is him being involved in the burning sun scandal and him being a child predator.

Back in 2017-2018 during the filming of the YG survival show many people have pointed out the way he stared lustfully and how he acted creepy towards the underage female trainees on MIXNINE (putting it lightly) and he even got caught by CL at one point doing this exact thing, and being scolded for it.

Yang HyunSuk the founder and now executive producer of YG Entertainment revealed on TV show ‘Healing Camp’ back in 2012 and revealed how he met his wife Lee EunJu.

He explained that the two were secretly in a relationship for around nine years, beginning in 2002, before going public and getting married in 2010. When their relationship officially began in 2002, Lee Eun Ju was 20 and Yang HyunSuk was 32. The two of them have a twelve year age difference but Yang HyunSuk’s interest in his wife-to-be started long before then. Lee EunJu is also the younger sister of former SECHSKIES member Lee JaeJin.

Yang HyunSuk stated that he was interested in Lee EunJu long before they began officially dating. He caught a glimpse of her washing the dishes on TV when Lee JaeJin was giving a tour around his house. Lee EunJu was in her second year of middle school at the time.

Yang HyunSuk stated “The camera showed her for a brief moment, for around I think three seconds? I saw this little girl washing the dishes and I went, huh?” 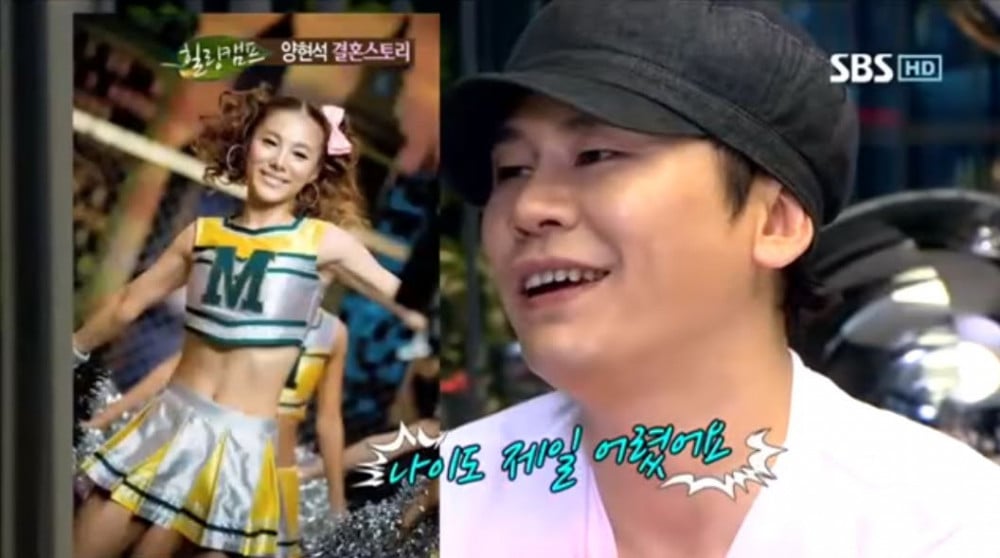 A few years later, in 1997, Yang HyunSuk later recruited 16-year-old Lee Eun Ju as a YG Entertainment trainee and debuted as a member of a girl Swi.T, which disbanded back in 2004. Yang HyunSuk also revealed that the reason why the group failed was due to his lack of effort he put into the group. He actually was hoping that Swi.T didn’t do well commercially as he was afraid that Lee EunJu would become too popular. 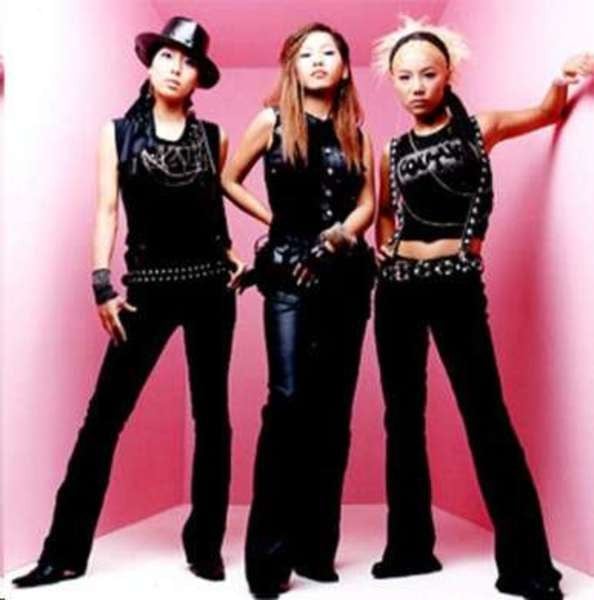 Yang HyunSuk, who said he had a crush on Lee Eun Ju for three years before they began dating, described her as his ideal type.

“She was just my type. Small and cute. She was the shortest in Swi.T and the youngest.” — Yang HyunSuk” 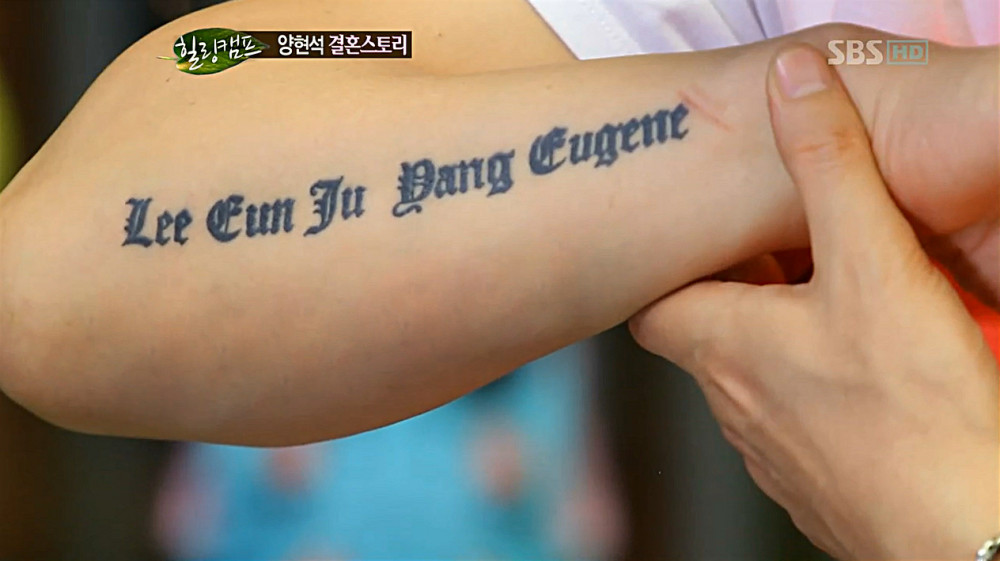 Yang HyunSuk, by his own admission, said he only was interested in his wife and married her because he saw that she had a resemblance to a member of a girl group that he had an almost unhealthy infatuation for. To add onto the creepiness, afterwards, they named their daughter after said idol…

His decisions, both as an individual, and for his company, where one begins to truly see that he is serious in his control and his attitudes towards women, his willingness to act upon prejudice, sexism and even predatory ways. Which makes everyone worried for these girls and their future under both his lead and under YGE as a whole.

Kang Daniel, BTS V, Ji Chang Wook used to drink with Madam Jung, known for sponsoring men and a socialite not only in Burning Sun bar but other well known korean bars.

Seungri is not the main owner of Burning Sun but the CEO of Yuri Holdings. Burning scandal is an issue between Seungri and Yuri Holdings. They only connect it to YG because he is a BIGBANG member.

Yang Hyug Suk is a pedo like most of Korean actors marrying women 10 years younger than them. He did gambled outside the country using his own money. Gambling outside Korea is illegal if the amount is too big.

Han So Hee is a well known trainee and a drug pusher. She created her own drama to ruin his old friends IKON BI. Yang Hyun Suk is an idiot who said so many things when he can just terminate BI’s contract asap for the issue. Yang Hyun Suk is lucky that Han So Hee stated 8 contradicting statements regarding the blackmailing issue.

There are like 30+ celebrities in YG.
Only GDxJapan Party drug issue. HanSoheexTOPxBI issue.
After 5 years of Bom’s issue, Media apologized for hyping the fake news regarding her ADHD meds.

And yet people call their company as a Drug company.

All this and YG still a criminal company

ok we get you YG stan lol

Girl
Jennie was spotted sitting on yg’s lap and presented each solo outfit personally to him + texted each other everyday
sponsorship is very common
what is your point bringing up completely different people here?

Woaa really?. I mean that’s not surprising bcs I knew one of my co-worker in the past got favoritism from the male bosses like they got her stuff and phone calls even though she had a bf at that time.

Pretty privileged, it is what is it 🤷‍♀️

This should be illegal, how could parents feel comfortable with their young children debuting?? These girls are too young. Especially since some of the have been training for so long. It’s a shame.

This are probably rich kids, so they’re save
Yg debut only rich kids for his ggs

Yeah, atp it’s giving JYP. Both him and YG want their ugly faces to be seen so bad it’s annoying.

Please don’t forget LSM taking credit for basically the whole kpop industry and everyone success in any matket (chinese, japanese even North and South America, Europe …)
Even said it’s thanks to him that BTS is successful

Hes a pedo, friends with a well know a chinese sex traffic
He has sex with HSH when she was 17

With who? Han So Hee?

Many ppl in pannchoa Disqus are actually defending this YG decision is so disgusting to me. I mean we made a truce that we will not support any idol with minors in it in future but they are the ones breaking it by supporting this YG decision is crazy. I mean I still haven’t made myself stan IVE Lsfm NJ Nmixx and any grp which has minors in it. But seems like ppl were only questionable to nj…
AND THESE GIRLS ARE EVEN YOUNGER THAN NJ LIKE WTF AGREE WITH OUR NO MINOR STANNING POLICY MF! I DONT CARE IF THEY ARE BP JUNIORS THEY ARE KIDS!!

If he had sex with han soheeat 17 and jennie. I bet he can do same thing to these girls. We all know he’s not only criminal but also pedo

I really want to smack this pedo head so bad. Like this criminal deserves hell

And that woman he had a creepy obsession over was SES’ (?) Eugene. It was even the reason why he accepted Sandara because she resembled her. His history is disturbing. I honestly wish for these girls’ success, but I pity them.

Girls if you wish to get the best treatment and being fave of the company just learn that skill from your senior jennie. She’s been sucking your boss dick since day one

6 years of training? he found the 13 year old girl in a playground and brought her to the company?